If you’re a serious writer, an active blogger, or just someone who wants to make the process of writing easier, dictation software can save you a serious amount of time!

Here’s the short review: Dragon Dictate is awesome. It saves me a ton of time. It can save you time and help you be more productive. Buy it now. Thank me later.

Okay, onto the full review. 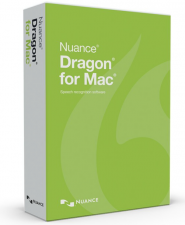 Dragon Dictate is speech recognition software that converts your spoken words into text by simply speaking into a compatible microphone, headset such as the Koss CS95 Speech Recogniton Computer Headset, or even a BlueTooth.

I first heard about Dragon Dictate from a friend who saw a demonstration in a local computer/electronics store. He raved about how cool it was and, since he wasn’t very good at typing or spelling, how much time it could save.

Based on his recommendation, I decided to give it a try. And, after some quick online price shopping, I found a bundled deal — software plus the USB Headset with Noise Cancelling Microphone at Amazon.com

When the package arrived, I glanced at the QuickStart guide, inserted the DVD, and began the setup process to use the software and headset.

Setup is a Breeze

Setting up Dragon Dictate was a breeze.

Put the DVD into the computer, plug in the Monaural USB Headset and follow a few prompts.

Training took five or six minutes at most. Which was a really nice surprise.

MacSpeech takes you through a short training session so the software can create a user profile in order to more accurately recognize your voice, cadence, and inflections.

What I found especially intriguing about the voice training session was the story they have you read. It’s an explanation about the software, its evolution, and how it works.

Essentially, Dragon learns how you speak while you learn how speech recognition software works and how to speak more clearly. That’s pretty smart thinking.

With the training session done, I immediately started using it and I was immediately impressed by its accuracy.

After my first round of dictating, I was shockingly amazed at the lack of elegance there was in my speaking versus my writing. Which is something to think about — dictating is a learned skill.

In the days of yore, it was common practice for businessmen to dictate letters to their secretaries. So the more they dictated, the better they became at articulating what they wanted to say without much forethought.

When I’m writing using the keyboard, I tend to write slower because I’m thinking through what I want to say. In essence, I’m composing and editing in my head as I write — which makes my writing more fluid.

With dictation, I initially found myself dictating in a train-of-thought mode. Speaking as the words came to me without giving much thought about the exact structure of what I wanted to say — or how I wanted to say it.

Once I realized the difference, I simply slowed down and thought more about what I was going to say before I said it.

Even with slowing down my dictation speed, I still tripled to quadrupled my productivity. Everything from short e-mails to long articles, Dragon Dictate has been an amazing piece of software.

But there’s more to Dragon Dictate than just dictation.

Another great feature is that it allows you to control your computer through voice commands. Like opening just about any application, copy and paste, open window, close window, restarting the computer, saving documents, etc.

The only drawback I can think of — if you can even call it that — is that it took me longer to learn the voice commands so I can edit text after the fact.

Because Dragon is accurate at dictating exactly what I say, I find myself not always liking how I phrased a sentence. In which case, I want to edit specific words or replace entire sentences or paragraphs.

I initially found myself making quite a mess of things because I didn’t quite have the commands down. But once I learned them, it was a much faster and smoother process.

Overall, I give Dragon Dictate 4.9 out of 5 stars.

The only reason I don’t give it a full five stars is because I wish it had more commands. Meaning, I want to do everything in my life by voice now. Turn on the TV, make dinner, take out the trash, mow the yard… Okay, I’m being sarcastic. But that’s how much I’ve learned to really enjoy and rely on using Dragon Dictate.

Because even with editing, my productivity has significantly increased. It has also done incredible job of reducing procrastination.

Prior to using Dragon Dictate for Mac (also available for PC as Dragon NaturallySpeaking Home) I would have piles of research on my desk. Research for articles I wanted to write but just didn’t have the time to write them. Now, with Dragon Dictate, when I’m inspired to write an article, I simply put on the headset and start talking.

For those of us who write a lot — specially bloggers who write every day — Dragon Dictate is a must-have. Even if you’re a hunt and peck key blaster that only types 20-30 words per minute, it’s no match for Dragon because it can dictate words as fast as you can talk.

Where To Get It

You can get more information about Dragon Dictate on their website at Nuance.com

As I mentioned above, along with the software you’ll need a compatible headset or microphone — which you can get through their website. I got the same software plus a Bluetooth headset from Amazon for less (plus free shipping).

And, if you were wondering, this entire software review was written using Dragon Dictate.

Get Dragon Dictate (for Mac) or Dragon NaturallySpeaking (for Windows/PC).

Disclosure: Some of the links in this post are "affiliate links." This means if you click on the link and purchase the item, I will receive an affiliate commission.