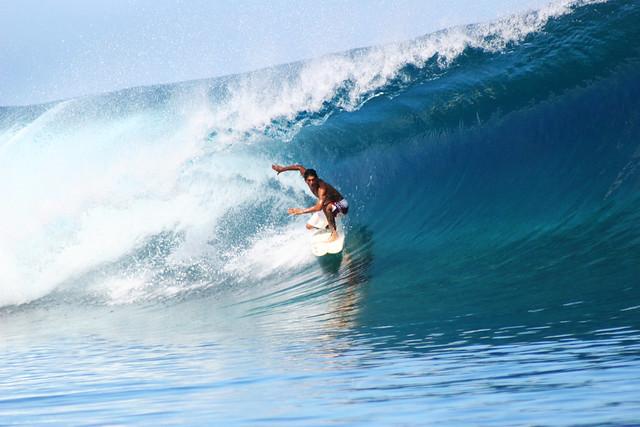 There’s no doubt about it, the Internet has adopted social media and social networking in a very big way. From MySpace, Facebook, and Twitter, everyone is communicating in new and exciting ways.

And in the midst of new search engine launches such as Wolfram Alpha, Microsoft’s Bing, and Google’s newly extended search options of Google Squared, Rich Snippets, Google SkyMap, and Wonder Wheel (someone really needs to help them with product naming), and TweetReports.com, Google has also announced Google Wave. Here’s a video guide.

What is Google Wave

How to get started with Google Wave

Mashable has also posted two great articles about Google Wave; A “first look” review “Testing Google Wave” and a follow article “Top 6 Game-Changing Features of Google Wave“. If you want to learn SEO or get more in-depth information about this service, these are both “must reads”.

From reading the article and watching the video, I can see why Google was interested in buying Twitter—it’s a natural fit into the bigger picture of this new communication platform. The wave is also a natural progression of how people can and should interact.

Not that I’m advocating that Google Wave is going to be the end-all, be-all social media platform, only that with so many different (and separated) Internet based applications currently available, Google has created one way that brings them all together under one roof; integrated chat, video, audio, pictures and, not to mention, incorporating all current Google applications such as Google Docs, etc.

So, what could make this just that more appealing? Open source and access to Google Wave API. Now that was smart thinking.

This means that not only can developers created new “extensions” (small applications that can be integrated into the Wave) but almost anyone with a website can embedded a Wave into their site. The possibilities are already running rampant through my head.

How this effects you.

For one, bringing multiple social media type services under one roof makes it faster, if not easier, to communicate and a lot more easier to manage with needing only one username and password.

Services like Google Wave makes web development faster for web designers such as myself because we don’t have to recreate the wheel every time we need to incorporate a specific site feature.

With the ease of embedding a Wave, it brings accessibility down a notch to non-programmers. This follows the same path as YouTube allowing users to embed video’s into a website simply by placing a small snippet of code.

And, of course, the three items listed below accumulates into a cost savings for business owners. But even with the money you’ll save, I still highly recommend hiring an experienced designer, programmer, and social media consultant. Good one’s are worth their weight in gold for the long-term benefits they will provide your business.

What do you think?

What are your thoughts on Google Wave and how it plays into social networking?

Do you think it will reign supreme and dwarf other networking sites such as Twitter? Or do you think Google has a greater master plan in place to dominate the Internet? If you know what it is, please do share.